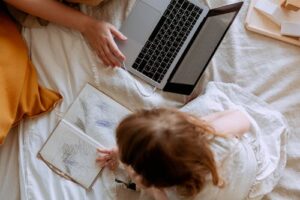 The adoption of Royal Decree-Law No. 28/2020 on distance work (telework) broadens its regulatory framework, the current basic rule of which is contained in article 13 of the Workers’ Statute.

The health crisis situation has strengthened teleworking as an effective mechanism to ensure the maintenance of activity and to ensure prevention against contagion. In this respect, the trend has continued to increase, and we can see in figures that more than 30 % of workers are in a teleworking situation and even have been established as a form of preferential work.

In doing so, the new norm seeks to configure, as stated in its Statement of Reasons, “to provide sufficient, transversal and integrated regulation” and taking into account the “advantages, rights, principles of their voluntary and reversible nature…”

Thus, its main aspects can be summarised in:

Finally, the introduction as a serious infringement is the failure to formalise the employment contract in writing or not to formalise the distance work agreement in the terms of the rule, the penalty of which will vary according to its seriousness between EUR 626 and EUR 6,250.

At PEREZ DOMINGO-LCS Valencia we are at your disposal to attend to any consultation on this matter.